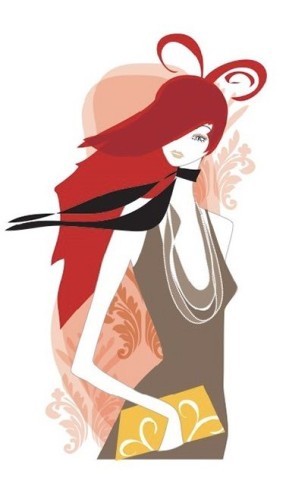 You and your significant other may have some disagreements over the budget right now. Try to find a way to compromise, to work together in some new way, and you may both find a new way to build your mutual resources together. A friend may have some investment tips or suggestions.

In her last full day in an adventurous part of your chart Venus, the planet of love is having to compete with life that is becoming busier by the day. Yet as Venus' mission to bring the spirit of romance and adventure together draws to a close, she is not only looking at what you can accomplish today and more about the intentions she can leave you with.

This is not a good day to invest new funds into risky ventures, especially on the advice of friends. They may mean well, but the information they provide could be off the mark. And you will not be at your most clear-headed or realistic right now.

This is not a good day to invest new funds into risky ventures, especially on the advice of friends. They may mean well, but the information they provide could be off the mark. And you will not be at your most clear-headed or realistic right now.

While this is not an overtly active month on the romantic or relationship fronts, there is enough to make this a good month on both fronts. To start with, it is the spirit of romance that is getting a boost, benefiting from having Venus, the planet of love in an adventurous part of your chart until 10th December. With no planetary activity in your romantic sector, Venus is the next best thing as she works to bring the spirit of romance and adventure together as you move into what can be the busiest part of any year. While Venus will have left by the time the Moon moves through your romantic sector from 12th December to 14th December, returning just two days later gives the Moon's last visit of the year a chance to amplify the impact from Venus' stay. Underlining this from the start is having Mars in your communication sector, with his longest visit in eight decades moving into a pivotal phase. It was the warrior planet's return in August that began what is normally a six week war on communication barriers, something that will always benefit your relationships. It was at the end of October that Mars turned retrograde, something that will keep him here until March 2023. What could lead to a communication breakthrough is a Full Moon in your communication sector on 8th December. Mars will spend the rest of the year in retrograde motion, so will the on hand to give your emotional responses, relationships, the past and unsaid words a voice when the Moon moves through your relationship sector from 17th December to 19th December. It is just two days later that the real benefits of this will be felt when the dwarf planet returns to your relationship sector on 19th December to begin her first deep dive into your relationship needs and priorities in four years. Ceres and Mars will work as a team and in mutual support until they both leave in March.
Purchase E-mail Astro Reading

Fiery action energy surrounded by a whirl of fierce insecurity and shear will power. The Ram uses its head to burst through any barrier. A deep, passionate red aura can be seen around them. This is the intent of the first house on the natural wheel all the while being ruled by warring and inflammatory Mars: beauty and rage in action. Aries is the very first burst of ego expression and comes into the world to bravely and with insightful knowledge to lead the way. They are born to lead and are often born knowing they need to fulfill a strong karmic path and purpose, which sends them running at an early age. They are often charming, aggressive and arrogant and full of bravado which actually covers up a tremendous insecurity. This insecurity comes from leading the way and not knowing really where they are really going.

Once they arrive, however, they are able to meet any challenge especially if there is any vested romantic involvement. Romantic and poetic and incredibly sensitive, usually Aries will find themselves in an early marriage; after all, they need a partner to help them slay a big scary dragon. Male Aries are very typically masculine and the woman are equally as strong and determined.. This determination and boundless energy can be channeled through physical activity which also helps to slow down their restless nature. Aries signals the passage of winter to spring and the beginning of so many new and different possibilities.

Being the first sign of the zodiac, and Aries natives are the first to start-and the first to finish-whatever they set out to do. Aries is an active, energetic sign. People with Sun in Aries are direct, straightforward, and uncomplicated. They expect the same from others, and are baffled when they dont always get it. The body comes first with Aries. Sun in Aries people are natural athletes. At the very least, their natural inclination is to use their bodies to get things done. Theyre not given to long, drawn-out emotional moments; nor are they big on planning ahead. Instead, they live their lives simply. What is happening right now is most important to Aries. Impatience is a definite vice, and innovation is a huge strength. Aries loves to start anything new, and they have trouble sitting still.

They are pioneers in whatever they do, and there is a very basic quality of bravery in these people that is unmistakable! Aries generally knows what they want, and they know the quickest route to getting it. They take shortcuts if they must, but generally everything is aboveboard. Underhanded just isnt their style. Some Aries people are bold, but even the quieter ones are brave and even plucky in their own way. Independence is their birthright. Nothing gets them going more than a fresh slate, the promise of a new day, and a brand new start.Aries enjoys a challenge, and Aries Suns are happiest when their lives are moving forward and active. Theres a childlike, immature quality to all Aries Sun people, and its often quite charming.

People with Aries Ascendants are direct and quick. Their first instinct is to do, rather than think. Planning ahead? Forget it. Aries rising simply charges forward without much ado. This position does not make a person aggressive. Forthright, yes, but aggression is too strong a word for these natives. They have a youthful, direct manner that sees what it wants and generally goes for it. At the same time, there isnt any malice in their intent.

Some Aries rising people are competitive, immature but they generally put most of the pressure on themselves. These people love to come out ahead in all that they do. They get ready quickly, walk quickly, and have little patience for dilly-dallying. Their temper is quick, too. Its also quick to disappear. Rarely do you find Aries rising people holding grudges. Their mannerisms are rather simple and straightforward. Aries rising loves action, and is often trying to stir up some activity. Their strengths lie in their enterprising ways. Finishing things they start does not always come as easily, unless the ruler, Mars, is placed in a more tenacious sign, such as Taurus or Scorpio.

Aries Ascendant often gives a rather swift walk, with the head leaning forward slightly. This walk is surprisingly distinctive. Headaches, and sinus and eye problems are the usual physical complaints of this position. Rashes and acne on the face and shoulders sometimes occur. Broad shoulders and slim hips are common. Often, Aries rising people are quick to smile, and they possess a youthful charm throughout life.Probably early on in life, Aries rising people got typecast as the willful independent child. As adults, people with Aries Ascendants often stick to that role in life. People dont run to help them out-they appear quite fine doing things on their own. These people have learned to be self-reliant, and this generally stems from their early experiences.Despite a rather brusque and independent manner, these natives are usually very willing to compromise in their relationships, and are very attached to the people they hold dear.

Ten steps ahead of the pack, nothing quite happens soon enough with this position of the Moon. There is an inherent impatience with getting what they want. Life is a series of emergencies for Lunar Ariens. They live in the moment and have a hard time waiting for things to happen. Whims of the moment take absolute precedence in their lives. This is a fiery position of the moon. Even if the Sun or rising sign is more low-key, Moon in Aries people have a passionate inner fire. Emotional issues take precedence-there is simply no pussy-footing around when it comes to dealing with the feelings. And, dealing with new sentiments and needs stirs up a huge desire for activity. Moon in Aries has a need for acting out Its hard for them to see the long-term, or to wait for things to happen. Instant gratification rules!

This is a very defensive Moon position. These natives take things very personally, and they deal with problems by facing them right away so that they can then get on with other things. Their flare-ups generally end almost as quickly as they started.Lunar Ariens have an unmistakable independent streak. They put themselves right out there in the world, and make an impression in whatever they do. Their self-confidence is actually variable, even though a strong personality is projected, they tend to go through plenty of ups and downs. Their moodiness is not like Cancer or Pisces moodiness-they dont withdraw into themselves or escape the world when theyre down. Instead, they are temperamental.

It apperas that Moon in Aries people actually enjoy trouble and confrontations. This position is easily bored with environments that are too peaceful. Their homes-especially their childhood homes-are often battlegrounds. They rule the roost, or at least want to, and are not the most peaceful of folk to live with!Moon in Aries men and women are prone to have plenty of crushes and other short-lived yet intense desires. Needs and wants are indistinguishable to Lunar Ariens at any given time. In their minds, what they want is so powerful that it becomes an absolute need. In young adulthood, they can be dangerous with a credit card, or any other whim of the moment. Aries moon actually takes the advice in the first place!

Others will appreciate that people with Moon in Aries rarely sulk or play any drawn-out games of manipulation. You can pretty much know what they want at any given time. They are generally ruled by their own emotional needs, and theyre not always as concerned about others needs during these emergencies. Somehow, they have people around them scrambling to help them solve their problems. Theres an aura of childlike innocence around Lunar Ariens, even when theyre getting their way again, that can be charming!

Life Path: Passionate and instinctual, a fulfilled life is full of excitement, you need to evelop an awareness and compassion for others. Using ntegrity and the right motives, becomes a powerful vehicle for healing, just being around you inspires others with energy and enthusiasm for life.