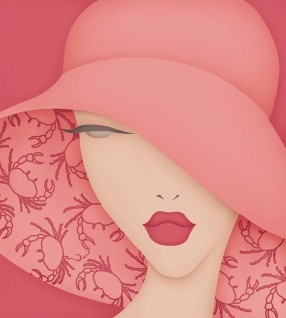 It would be a good day for you to look into alternative healing or healthcare techniques, especially those you are normally skeptical about. You will learn that you still can discover new pearls of wisdom from paths you long abandoned.

Getting from place to place right now could be a challenge. You may find that people are cranky and uncooperative, they communicate in rude hand signals and are rushing about like mad hatters. Be extra patient and aware of the traffic around you right now.

Getting from place to place right now could be a challenge. You may find that people are cranky and uncooperative, they communicate in rude hand signals and are rushing about like mad hatters. Be extra patient and aware of the traffic around you right now.

It was on 22nd November that the Sun not only left your romantic sector but ended all planetary activity on the romantic front for the year. Your romantic sector was only active for 30 days this year but in that time not only the Sun but Venus and Mercury, the planets of love and communication moved through. This month, as the focus shifts to your relationships, it is important to hold onto the spirit of romance until the Moon returns for its last visit to your romantic sector for the year from 19th December to 21st December. This is also something that you can transfer into your relationships as the focus shifts there. Because the Sun will always spend the last 10 days and the first three weeks of each year in your relationship sector, the solar spotlight will always shift onto your relationships in December, though not until 22nd December. However, it is long before then that a lot more focus shifts onto your relationships, starting with Mercury's return on 7th December. As Mercury joins up with Pluto, who has quietly kept the wheels turning this should see the planet of communication begin what is normally a 14 to 15 day mission to get the communication lines open. Instead, a retrograde turn on 29th December will not only keep Mercury here for the rest of the year but until February. Following in his footsteps is Venus, with the planet of love returning to your relationship sector on 10th December to work her magic. While Venus will leave on 3rd January and then not return until 2024, she will be here for the rest of the year and more importantly over the Christmas, New Year and the holiday period. Both Venus and Mercury will benefit from having the dwarf planet Ceres in your communication sector until 19th February. Meanwhile, it is just before Christmas and just a day after the Sun's return to your relationship sector on 22nd December that the Moon will not only return but as a New Moon, bringing an opportunity for new beginnings.
Purchase E-mail Astro Reading

Sun in Cancer natives have a strong survival instinct. They are protective of those they care about, and of themselves too. They are often quite reticent about sharing their inner selves to the rest of the world. Cancer creatively brings ideas and energy while developing and achieving freedom. With that freedom comes the need for seclusion which helps them to focus on which task at hand how we can build it into a spectacular creation. The ultra psychic and receptive feminine cardinal sign changes moods as quickly as their ruling luminary, the moon, moves through signs. Maternal energy and an array of temperamental disturbances makes ruling the 4th house a family experience.

Sun In Cancer Famous people with Sun in Cancer:

Sun in Cancer natives have a strong survival instinct, protective of those they care about, and of themselves too. They can be quite reticent about sharing their inner selves to the rest of the world, and are often caught up in reminisce. Cancer creatively brings ideas and energy while developing and achieving freedom. With that freedom comes the need for seclusion and that seclusion helps us to focus on which task at hand is most important and how we can build it into a spectacular creation. Psychically, receptive and feminine cardinal sign brings moods changes as quickly as their ruling luminary, the moon, moves through signs. Maternal energy and an array of temperamental disturbances makes ruling the 4th house a family or lack of family experience. The stomach and breasts are ruled by Cancer, the stomach with its strength and the breasts with their nourishment.

All Cancers share a brilliant orange auric cast, which permeates their tough outer shell. Cancer is often touted as the family sign. I would like to add that Cancer is the sign who has family issues, not necessarily a family. Those issues stem from abandonment and loss. More so then any other sign, Cancer is the orphaned in childhood. Their energy is spent trying to relate to family and home, but at the same time healing the emotional undercurrent of the wounds from their loss. Cancer also has its reputation for vast amounts of wealth and business success: more millionaires live under this sign, as Cancer has the ability to understand the whole populace and make career-minded decisions from a financial perspective. They are also outrageously psychic and insightful. Cancer has a reputation for moodiness as well as bloating, earning them the title of moody moon babies.

Cancers reputation for moodiness, although truly this trait is most evident when the Moon is in Cancer. Cancer needs roots. They resist change to an extent, and concern themselves about being secure and safe in most everything they do. Cancers can be quite intrigued by objects with history attached to them antiques, photos, souvenirs, and the like. Cancer is a very sensitive sign, and they dont always appreciate it when you are blunt with them. Their reactions to hurt will depend on how thick a shell they have developed. Most Cancers react by withdrawing or retreating. Some us a highly developed ability to manipulate others to get what they want. Avoiding direct confrontations, Cancers are, in fact, quite yielding and soft when you have them in the right mood. They are one of the more hospitable signs of the zodiac. Sure, they can be touchy and indirect, but they are also very dependable, caring souls.

Cancer risings come across as gentle creatures, theres something familiar about them theyre the guy or gal next door. When they enter a room, they dont walk in with a splash. Instead, they move to the sides and weave their way inwards. These people have a familiar feel to them. Because they are rather sensitive to their environment, they can get flustered easily, especially in public. Their first instinct, when threatened or on unfamiliar ground, is to protect themselves. When new situations present themselves, they can immediately withdraw or act shy. Generally, these people come across as caring people. They seem quite sweet even innocent. Usually, these Cancer Ascendant people appear unassuming enough to be quite approachable, some however, have retreated into themselves so much as to be quite the opposite.

Since Capricorn is on the Descendant, Cancer Ascendant people are looking for structure and security in their partner and their relationship. These people function best when their partner displays strength, financial and emotional stability, and know-how. In fact, many Cancer Ascendants prefer it when their relationship has well-defined rules. Security is the basic need, and they are generally more than willing to give up some personal freedom in order to get it. In some cases, Cancer Ascendant people can surprise their partners, coming across as unassuming, family-oriented people. With marriage, they have a rather matter-of-fact, practical approach.

This is the most subjective position of the Moon. The Moon is at home in the sign of Cancer, as the Moon is the natural ruler of the sign. Moon in Cancer natives have a large potential to be able to get in touch with the feelings and moods of others. Often, they are quite wrapped up in themselves. Their memories of the past are outstanding, especially for all things emotional. Moon in Cancer people are never detached-they cling to things, their home, and people they care for. They seek out security and familiarity in all they do. They look for peace and quiet. Their attachment to all that is safe means they are a little leery of change. These peace-loving souls dislike superficiality in all of its forms. They are devoted and accommodating. The insecure ones accumulate things in an attempt to feel secure.

A strong attachment to, and memory of, the past, can make others complain that Moon in Cancer natives tend to whip a dead horse. They dwell on hurts long after everyone else has moved on. When they feel they have been taken for granted, they dont always confront others directly( passive aggressive). This is when they can use roundabout ways to get your attention. In fact, these natives, when insecure, can become quite manipulative. They can also be victims of habit.These people can have a hard time compartmentalizing their lives, simply because their watery Moon tends to know no boundaries. Sometimes, as a result, they may act irrationally. One of the most delightful characteristics of Moon in Cancer people is their loony sense of humor. These people can be extraordinarily funny. Their moodiness can baffle others, but their unique outlook on life is something most people can appreciate. When treated with tenderness and understanding, Moon in Cancer natives return the favor with warmth and protection. Give them security, and youll take the crabbiness out of the Crab, at least for awhile. Cancer Moon people are wonderfully dependable, despite their occasional-daily mood swings. Make a friend of Moon in Cancer, and you will be taken care of for life.

Lucky Color: Silver Lucky Number: 2 Flower: Cornflower Herb: Jasmine Key Phrase: I Feel Life Path: Establishing your own inner security. Celebrate your intense sensitivity and depth of feeling. Find your own family and choose to connect with the outside world.