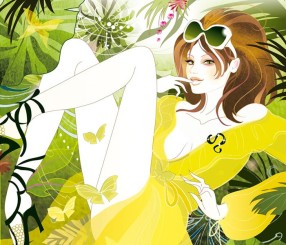 You'll be doing a lot of talking and sharing of information right now. Gossip may be interesting, especially when certain secrets are revealed, but be aware that others may have a personal investment in the things you believe. Double-check the facts before you act on anything secret.

As the Moon leaves your relationship sector it knows that by the time it comes full circle Saturn will be in direct motion, not to turn retrograde here for another three decades. As well as leaving you more emotionally engaged and with a better read on the support from the love and communication gods, this leaves you with a better sense of how to make the most of the doors still open to the past.

If you want some peace to work on your daily chores right now, take the phone off the hook. Your family and loved ones will be a little squirrelly right now. Everyone seems to forget that you have responsibilities of your own and they want you to fix their problems.

If you want some peace to work on your daily chores right now, take the phone off the hook. Your family and loved ones will be a little squirrelly right now. Everyone seems to forget that you have responsibilities of your own and they want you to fix their problems.

At face value, it is business as usual on the relationship front but behind the scenes, things are moving into position in a way that brings you to a major turning point. The month begins with Saturn still on his own and still in retrograde motion in your relationship sector, which he has been since April. This is Saturn's third retrograde here in as many years, so this has become part of the annual pattern but that is about to change. As you move into the new month Saturn is already slowing down and by the time he turns direct on 23rd October he will be at a standstill. The difference this time is that this will end the last Saturn retrograde phase in your relationship sector for another three decades for unlike last year and the year before, once in direct motion he won't look back again and will finally leave in March 2023. The final weeks of Saturn's last retrograde phase here for another three decades is a chance to deal with and take responsibility for the past but the support is phenomenal. Not only do you have the Sun and Venus, the planet of love in your communication sector until 23rd October but Mercury, the planet of communication there from 11th October to 30th October. There is even support from Mars in your friendship sector, something that is making this an exceptional month across the communication, friendship and relationship fronts. Saturn's direct turn means that until he leaves in March 2023 there will be no more looking back, making his final days in retrograde motion a chance to first make peace with the past. The Moon's visit from 4th October to 7th October will be the last while Saturn is in retrograde motion, making it important to remain emotionally engaged and connected. Meanwhile, with no planetary activity on the romantic front, with the Moon here until 2nd October and then again from 27th October to 30th October these romantically charged lunar vibes are the next best thing.
Purchase E-mail Astro Reading

There’s an unmistakably regal air to Solar Leos. These are dignified-even noble-folk. Leos have a reputation for being conceited, but think again. Leos do feel important, but this generally takes the form of wanting to change the world in some way-to make the world a better place. They are generally motivated by affection for people, and often have big dreams and plans to make people happy.Generally, Leos are hard-working. After all, they are attracted to the good things in life, and they know they have to work to get them. It is sometimes difficult to imagine Leos as go-getters if you happen to catch them in one of their languid moods. These people can sleep in, laze around, and luxuriate for long periods of time. However, when they do get to work, they do it with intensity and determination. In this way, they are not unlike their symbol, the lion.

Masculine and infused with flamboyant fire, Leo moves with a tremendous faith universally. The foundation of the back spine and heart are theirs by nature. Ruling the 5th house and all things childlike and creatively shiny, ruled by the Sun, they can’t help but sparkle with an industrious glowing golden ball of energy and the Lion always walks with loyalty and courage. Artistic vision and creative expression are primary functions of Leo. Their ruling planet is the Sun, the blinding light that is the source of all things that grow. Without sun we live in the dark. Leo is born to create independently and away from the emotional ideology of the father, Leo’s most challenging relationship. Leo has earned the reputation of egomaniac and most certainly mirror hog.

They actually are not seeking personal ego gratification as much as they want Daddy to love them. Most Leos are born into a home where there is a deep emotional tie to the father and a loss at the same time. It is through this loss they seek attention. Binding in will and drive and humbled in the presence of children, Leo are strong proud and loyal, and yes, oh so pretty. Through Leo we are all seeing the creative extension and childlike qualities as well as true courage, because this sign will not back down when others are unjustly treated. They are political freedom fighters wrapped into one big laugh. More comedians live under this sign.

Leo is masculine, although it is always the female lion who works while the male will waits to be served.

The worst thing you can do to a Leo is accuse them of bad intentions. Displaying behavior that makes them think you don’t appreciate them runs a close second. These happy, jovial people become mighty hurt when others don’t see them for their noble intentions.Loyal, and sometimes rather traditional, Leos are, after all, a fixed sign. They’ll hold on to situations and people for a very long time before they give up. There is an unmistakable idealism to Leo’s view of the world and the people in it. Often, Leos have a very noble inner code that they answer to. Although on the surface, Leos appear rather confident, they can actually be some of the most humble souls around. They are the first to blame themselves when something goes wrong. Once again, it’s the Leonine self-importance at work, and this characteristic works in unexpected ways. Instead of being the conceited, self-absorbed show-offs of reputation, they are usually very self-aware, self-conscious, and, yes, even humble.

Leo rising people cannot help but be noticed. They radiate a special energy and magnetism that gets others’ attention. Sometimes it’s because they are loud people who pay a lot of attention to their personal appearance (especially their hair!); other times it’s due to a regal manner that simply demands interest from others. Leo Ascendant people are very self-aware and body-conscious. They are acutely aware of others, and how they come across. In fact, these people are especially aware of their personal “backdrop”-they consider what the people they’re with, and the environments they are in, do to their own image. Often, Leo rising natives feel as if they are on stage, even in the privacy of their own homes!

They are given to rash decisions, temper tantrums, and excesses. However, they have plenty of staying power, drive, and their idealism keeps them from getting into too much trouble. The desire to oversee the goings-on in their circle can sometimes amount to bossiness. If this desire doesn’t go too far, however, it can just mean a person who wants to make sure the people they love are all right. Many Leo rising people are managers, either by profession or character. The tendency to overestimate things, and themselves, is generally present. This is due to a natural enthusiasm and optimism about any new undertaking. Sometimes, they are walking commercials. In fact, Leo rising people make excellent promoters.

Leo rising people are generally demonstrative, and given to grand gestures. Drama comes naturally to these natives. In fact, some are so caught up in fiction, they’re a little blind to fact. They have an unusual need to be admired.Leo Ascendants often have a strong physical constitution. They pay special attention to their personal appearance and mannerisms. Usually, they choose clothing and hairstyles that are youthful. Their manner is authoritarian and strong.No matter their age in real-world terms, Leo rising people are kids at heart. They are fun-loving and warm; generous and spirited.

Just how magnanimous and outgoing a Leo rising individual is will be modified by the placement of the Sun by sign and house. This is because the ruling planet of a Leo Ascendant is the Sun. For example, a Leo rising person with Sun in Virgo may not come across as strongly as a Leo rising person with Sun in Aries. No matter the placement of the Sun, however, Leo rising natives are quite self-aware and optimistic. They have a natural flair for presentation, an eye for quality, and a hard-to-resist warmth of style. They want to make things happen, and create a stir.

Depending on other positions in the chart, Moon in Leo people are not necessarily outgoing. When they feel comfortable, they do like being the center of attention. That is, they like being in the “spotlight” in the comfort of their own homes and with family and friends. They enjoy entertaining others, and often take on the role of comic. Lunar Leos often feel a need to organize, and even control, their families and friends. They have an inner mission to set things right, and generally like to oversee the goings-on in their little circle. This is a rather creative position of the Moon. At the very least, Moon in Leo people want to create and entertain. They can be rather lazy at times, and a little bossy too. Generally, though, they have a deep need to treat others fairly and justly.Lunar Leos require lots and lots of love and care in order to function well in the world. When they feel slighted, these people can be dramatic in their emotional displays.

When their pride has been hurt, they are given to big scenes and sulking. This rarely happens in public, however. Lunar Leos are far too concerned about their image to make splashy scenes outside the comfort of their own homes. In public, they prefer to take things in dignified ways. At home, however, they’re given to big displays of emotional drama. These scenes generally don’t last too long, however. Lunar Leos are often personally popular folk who are valued for their integrity and strong sense of justice.Generally, it is easy to reason with a Lunar Lion. Appealing to their well-developed sense of fairness usually works well.

Lucky Color: Orange Lucky Number: 1 Flower: Sunflower Herb: Angelica Key Phrase: “I Will” Life Path: From self-centered lion cub to noble lion. From Material to Spiritual. From darkness into light. Your path is to discover true inner fire so you may shine out and light the way for others.